You can directly use a control's unique name in another control's formula box to bind data using a control, in order to pass data between those controls. Every control has a unique name through which it can be uniquely identified in the app. This unique name is displayed in the right most pane on the builder screen. Lets take an example to see how to use a control's unique name to pass data. Assume, we have a radio control with values - Male, Female. Now we want to pass the selected value of the radio control to a text box, this can be done as shown in the following image - 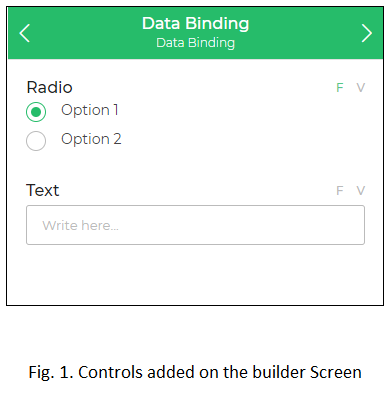 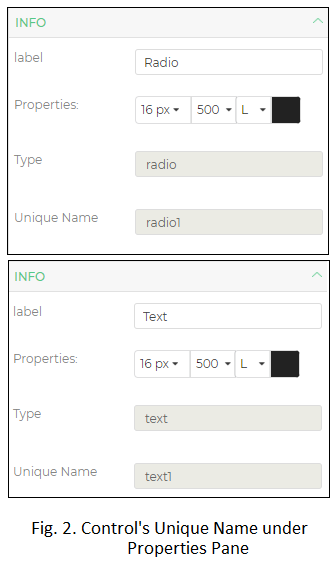 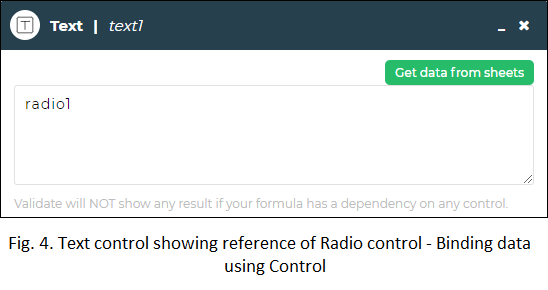 Once you have written the control's reference in Text control, click on Save and Validate and then click on preview button. On preview, selecting either Male or Female value of Radio control, the corresponding value will be reflected in Text control (as shown below) 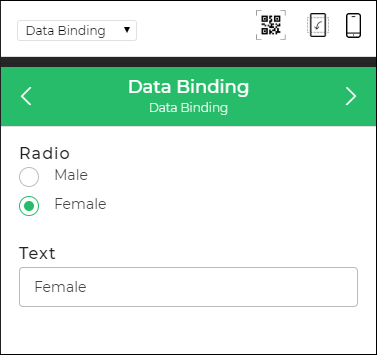 In the above example, we saw how to bind a basic control to another control. In this method, we will see how to bind a data from a list of data to a control. For example, fetch data from sheet in Sheet Lookup control and pass the selected data to a text control.
To begin with, lets add a sheet lookup on the app and try to fetch first name, department & jobtitle of a user from sheet - BaseSheet whose jobtitle is "Staff Accountant IV". The formula would like this -

The above image, shows the formula to fetch first name, department, jobtitle in Sheet Lookup control whose unique name is sheet_lookup1. Now, lets say we want to pass the value of department to another control say text box, then add the following formula in the formula box of text control - 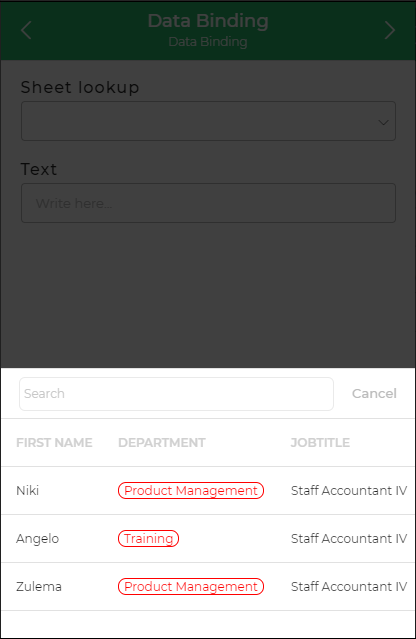 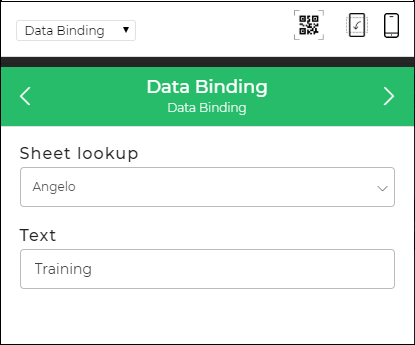 This way, you can pass data from a list to any control.