Numeric static data can be directly used in formula box of any control. For example, if you want to assign a number say 9 to a number type control, then simply type 9 in the formula box, click Save and Validate button and preview the app (as shown in the below image)

Data that is generally mapped to a list type controls viz. radio controls, checkbox, dropdown, multiselect, etc. are written in form of a list or group of data separated by comma and put within square brackets i.e. [ ]. For example, if you want to assign static values for radio control say Gender having values - Male, Female, then you need to use the following format and write it in the formula box of radio control - 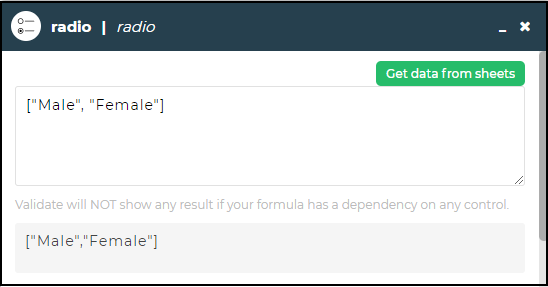 Once you have filled the formula box with the desired static values, click on Save and Validate button and preview the app to check the corresponding radio control (as shown in the following image) 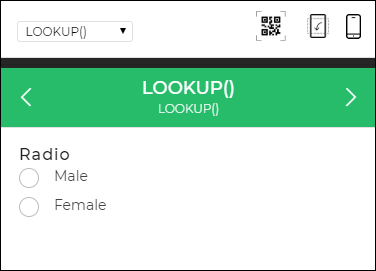 In the above example, both the values of radio control were not selected by default. To have a value selected by default when the app is displayed to the user, you need to assign that value in control's formula modal under the Default Selected Value box (as shown in the below image). Once you mentioned the default selected value, click on Save and Validate button and check in the preview (as shown the image following the next image) 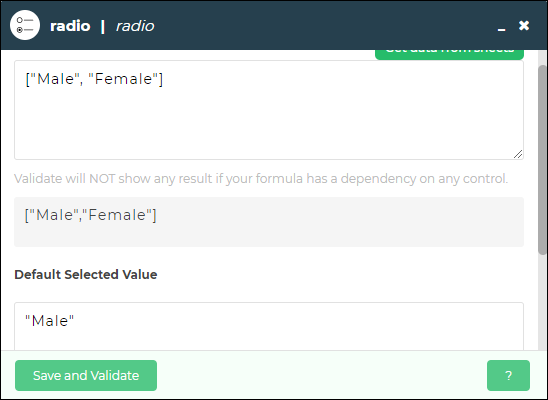 The following image shows how option "Male" is displayed as the default selected value of radio button. 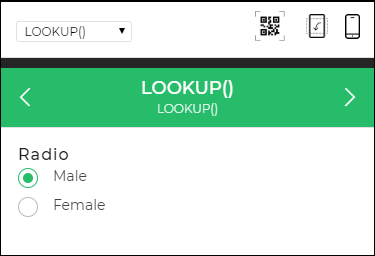