Composite Input Controls differ from Basic Input Controls by the means of handling the data. A Composite Input control has more than one component to accept data. For example, currencies are always noted by the value and its unit, say $100 or 100 USD where 100 is the value and $ or USD is the unit. Hence Currency is termed as a composite input control.

Like basic input controls, a composite control will accept single unit of data along with its unit. Studio uniquely identifies these units basis the components it has. For example, in the above image, since Currency has two components, they can be uniquely identified across the app using currency.Value & currency.Unit and correspondingly will be stored in the sheets as well.

Following are the Composite Input Controls available in Studio -

You can also customize the Name control by hiding Prefix & Last Name part of the control. This can be done by changing the toggle values of Hide Prefix & Hide Last Name respectively under the Properties section.

In sheets, the data from a Name control is stored in the corresponding columns for Prefix, First Name & Last Name as shown in the below image. 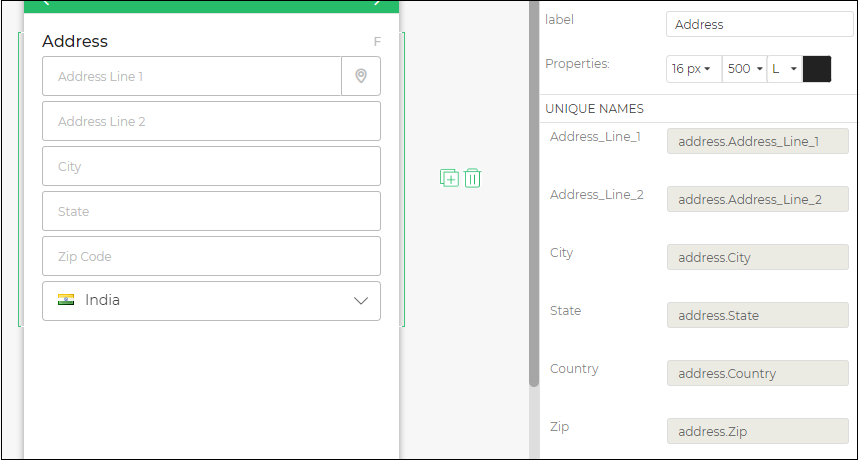 You can customize the Currency control by selecting a default option for Currency Unit and disabling the list selection by turning off the Allow Selection property.