A form control is a unit through which user can input data on the screen and store it in the sheets. In Studio, there are three types of Input controls, known as Basic Input Controls, Composite Input Controls & Advance Input Controls. These controls differ from each other by means of type of the data it accepts and the number of units it has.

A Basic control is a control which has a unit or a block that accepts a single unit of data. For example, a text box (Text control) is a basic control as it accepts only text data in a unit which is a Text field, as shown below.

In the above screen grab, Employee ID control is of type Text having label as Employee ID and hence the Unique Name (employee_id) generated is based on the Label name for the control.
A Unique Name is used to uniquely identify a control in your App. For example, if there are more than same type of control on a screen or more than one screen in your app and in all the screens you have Text control added on it, then using the control's Unique Name you can correctly refer the intended control.
Unique Name are also used to pass data between different controls or perform any operation on the control's data within your App.

Following are the Basic Input Controls available in Studio - 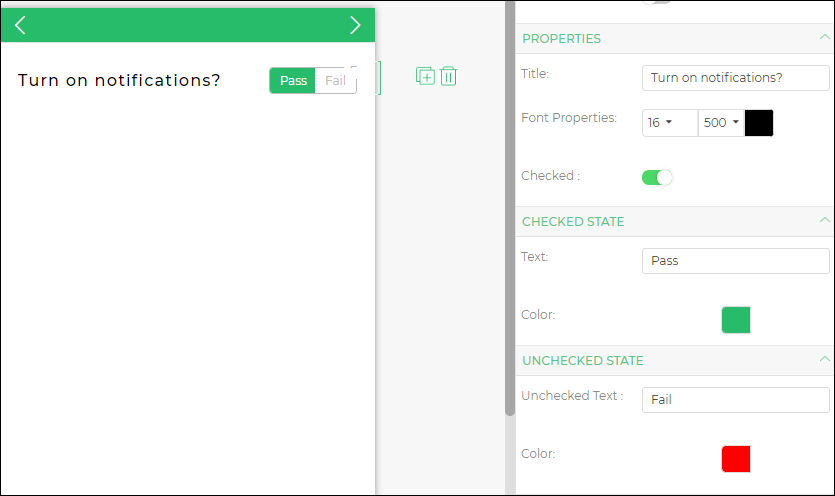